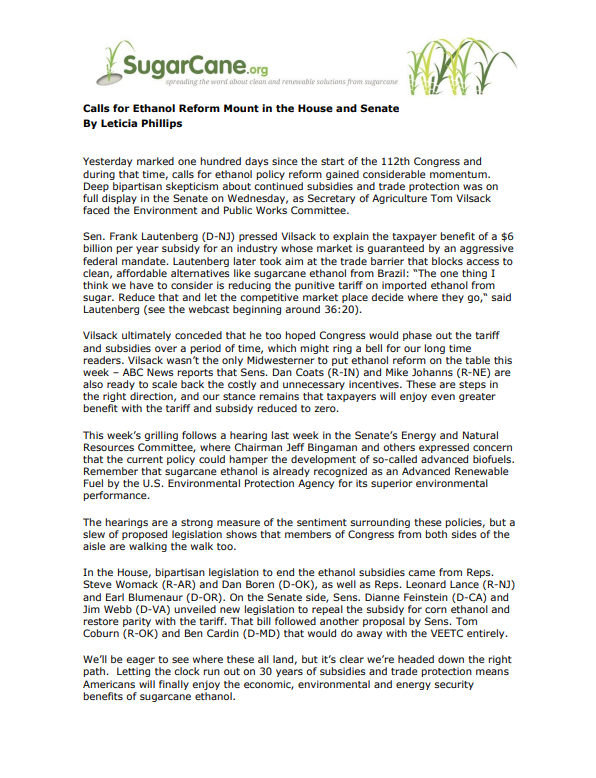 Calls for Ethanol Reform Mount in the House and Senate

Yesterday marked one hundred days since the start of the 112th Congress and during that time, calls for ethanol policy reform gained considerable momentum. Deep bipartisan skepticism about continued subsidies and trade protection was on full display in the Senate on Wednesday, as Secretary of Agriculture Tom Vilsack faced the Environment and Public Works Committee. 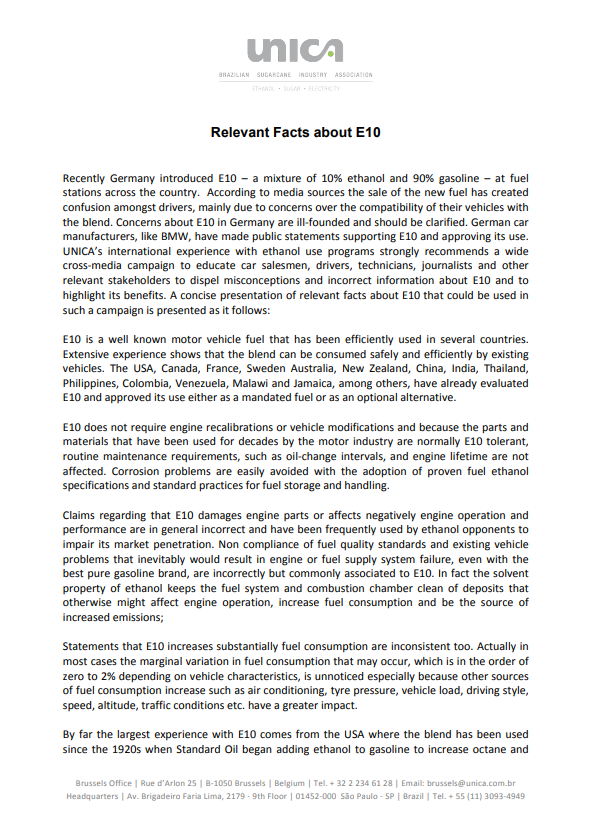 Relevant Facts about E10 in Germany

Recently Germany introduced E10 – a mixture of 10% ethanol and 90% gasoline – at fuel stations across the country. According to media sources the sale of the new fuel has created confusion amongst drivers, mainly due to concerns over the compatibility of their vehicles with the blend. 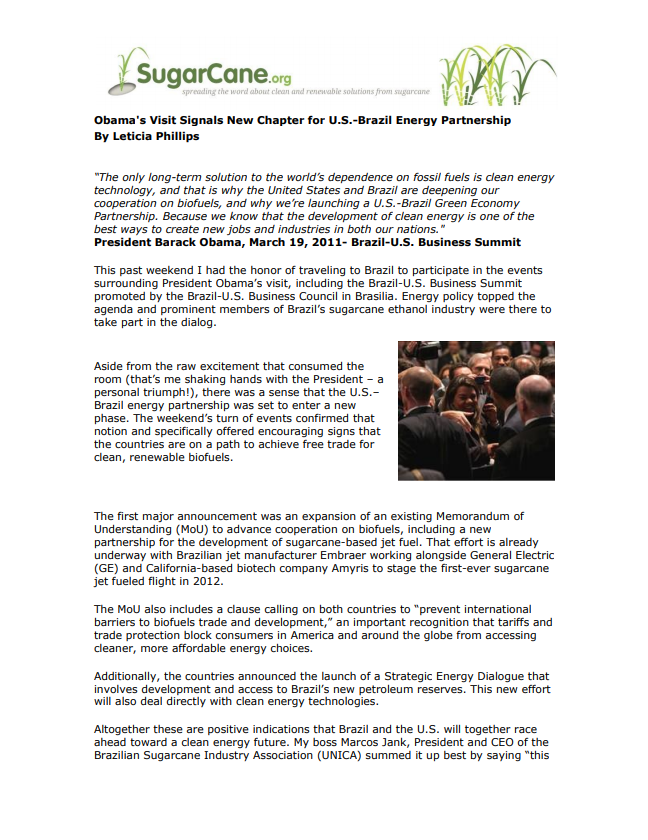 “The only long-term solution to the world’s dependence on fossil fuels is clean energy technology, and that is why the United States and Brazil are deepening our cooperation on biofuels, and why we’re launching a U.S.-Brazil Green Economy Partnership. Because we know that the development of clean energy is one of the best ways to create new jobs and industries in both our nations.” 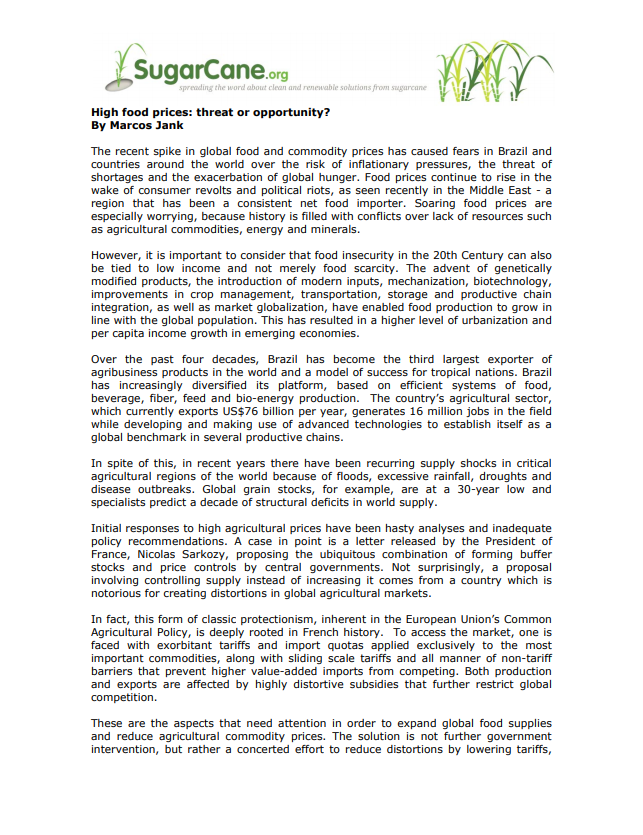 The recent spike in global food and commodity prices has caused fears in Brazil and countries around the world over the risk of inflationary pressures, the threat of shortages and the exacerbation of global hunger. Food prices continue to rise in the wake of consumer revolts and political riots, as seen recently in the Middle East – a region that has been a consistent net food importer.

The sugarcane industry has planted more than 46.6 million seedlings of native species in Sao Paulo state since 2007, according to data from the Greener Ethanol Protocol released by the state government (exact number: 46,674,586). The industry reached this number after...