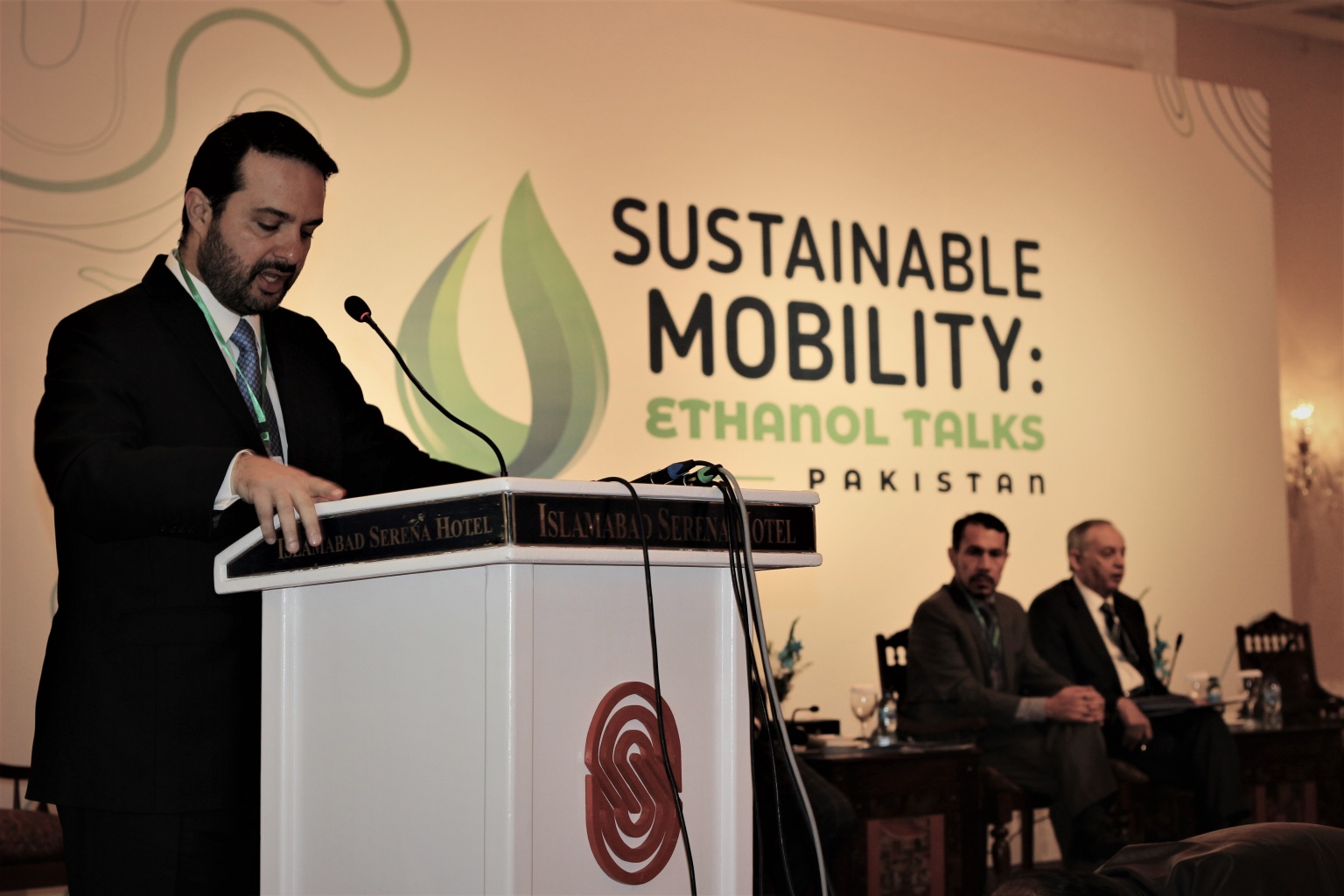 During the last week of February and the beginning of March “Sustainable Mobility: Ethanol Talks” took place, a roadshow promoted by the Brazilian Sugarcane Industry Association (UNICA), along with the Applause-Local Alcohol Productive Arrangement, the Brazilian Ministry of Foreign Affairs, and the Brazilian Trade and Investment Promotion Agency (Apex-Brasil). All four entities organized visits for Brazilian experts to India, Thailand and Pakistan to give technical seminars on ethanol and present the Brazilian experience, a country which has been using ethanol for over 40 years. UNICA participated in the initiative as part of a sectoral project with the Brazilian Trade and Investment Promotion Agency (Apex-Brazil).

“We finished the roadshow around Asia feeling accomplished, as there is no doubt that ethanol is not only a leading fuel in the present, but also has the potential to be the fuel of the future and will play a huge role in sustainable mobility. The countries we visited recognized the magnitude of the Brazilian experience, the progress we have made the benefits it has brought us, realizing it can bring many advantages to them as well. Initiatives like this allow people to gain knowledge about ethanol and begin to recognize it as one of the greatest actives in Brazil and, perhaps, in the world”, commented the president of UNICA, Evandro Gussi.

Eduardo Leão, the executive director of the Brazilian Sugarcane Industry Association, explained that the roadshow’s success was due to several reasons. “The roadshow model has some important features. First, there was a great amount of planning that was not only based on existing knowledge, but also on a previous effort to identify all the gaps and involved the local agents so they also took ownership of the project. The second point was to solidify a partnership with the Brazilian Government, which helped create a more secure and accessible market in these countries. Finally, we chose experts that could contribute to topics relevant to these regions. I believe all this helped achieve an effective result.

New Delhi, India, was the first stop. The Indian Sugar Mills Association (ISMA) participated in the Ethanol Talks as a partner, helping promote the event and gather stakeholders and the 120 participants that attended. The seminars were covered in the Indian press, revealing the possibility of Brazil assisting India with ethanol-gasoline blending, besides presenting ethanol as a sustainable alternative fuel.
An increase in ethanol production in India would help reduce the high levels of pollution registered in the country, besides offering an alternative to part of its Total Recoverable Sugar (TRS) production. Last year, India reached 5,8% of ethanol blend in gasoline and is aiming to achieve 10% by 2022.

The second stop was Bangkok, Thailand. In collaboration with the Thai Sugar Millers, Brazilian experts promoted the use of ethanol as an alternative energy in the country. Exchanging experiences with Brazil helped Thailand with its goal to introduce E20 (20% ethanol blend) in the third semester of the year. Along with Brazil, Thailand is considered a leader in the Sugarcane industry.
The seminars and lectures had a great impact in the local media, which covered the topics discussed during the event, including the benefits ethanol production bring to the environment and agriculture sector.

The last stop was Islamabad, Pakistan. The Pakistan Sugar Mills Association (PSMA) partnered with the Ethanol Talks to help promote the event, gathering 110 participants.
The local media reported on the brainstorming sessions and mentioned ethanol as a potential alternative energy in Pakistan. A possible cooperation between Brazil and Pakistan to increase ethanol production was also announced.

Apex-Brasil and UNICA went public in february of 2018, a strategy to promote the image of sustainable sugarcane products abroad, particularly Brazilian ethanol as a clean and renewable alternative energy. Both entities signed an agreement that includes shared investments. The project aims to improve the image of ethanol and other sugarcane products among global key players, such as governments, media, trading companies, potential investors and importers, non-governmental organizations (NGOs) and consumers.