Importance of sustainability in food production

I was introduced to the concepts of agribusiness and agro-industrial chains and systems exactly 30 years ago when I was studying to become an agronomist at the University of São Paulo in Brazil. Although these concepts appeared in the United States in 1957 and 1968, respectively, through the works of John Davis and Ray Goldberg, they only reached Brazil in 1990 when Ney Bittencourt de Araújo and Decio Zylbersztajn disseminated this analytical form in the private sector and academia, respectively.

This dissemination has taken shape over the last three decades and today it is the prevailing way of thinking, namely that agriculture is a complex activity carried out by producers who need to be closely integrated downstream with suppliers of agricultural inputs and upstream with industry, distributors, retailers and service providers. These integrated chains are the forums for the elaboration of private strategies and public policies aimed at their development.

The growth of integrated thinking in food production chains has gone hand in hand with the strong growth of the agribusiness and food production in Brazil, whose exports in these 30 years have jumped from around $5-10 billion per year to $100.81 billion in 2020. This was the second-largest amount of exports, second only to 2018, and represented a growth rate of 4.1 percent compared to 2019. This sector contributed 48 percent of Brazil’s total outward trade. Consolidated imports, on the other hand, amounted to $13.05 billion (down 5.2 percent), leaving the agribusiness balance of trade with a surplus of $87.76 billion, which made up for the deficit of other sectors in the region of $36.87 billion.

Consolidated data from the Ministry of Economy reveal that in the last 10 years, Brazilian agribusiness has accounted for about $1 trillion worth of exports, bringing in a surplus of $800 billion to the national balance of trade. In other words, food exports clearly guarantee income generation into Brazil.

The gross production value in that decade reached around $1.44 trillion, up 95 percent, in real value, than the previous decade. The GPV for 2020 reached about $170.3 billion, the highest amount and 17 percent higher than 2019, according to the Ministry of Agriculture, Livestock and Supply. The ministry projects that the GPV for 2021 will reach $195 billion, a growth of 10.1 percent compared to 2020.

Such food production, which today helps feed almost 1 billion people around the world, represents a great success of income generation, bringing development and opportunities to the Brazilian hinterland. Data provided by the Ministry of Agriculture show how these resources helped build up important social indicators. Currently, 94.4 percent of 5-year-olds attend school and 98.2 percent have access to drinking water. There are almost 15 million jobs in the agricultural sector alone and a large number of learning centers and technical schools preparing for work in agriculture.

The resources generated by agriculture and food production has led to the creation of thriving cities with the growth of trade, services and industry, thus generating jobs and bringing development inwards. This interesting process reduced the rural exodus towards the periphery of large urban centers, with the subsequent creation of shanty towns, and has brought about a better life in these smaller towns, with more social, cultural and leisure alternatives. Young people are no longer leaving, but rather building new lives in these “agro-cities”.

There are many instances of such agro-cities in Brazil, but I would like to highlight one of them, since we have carried out sustainability studies there. The city is Quirinópolis in the state of Goiás. Data from the past 10-year period show strong agricultural development and product industrialization. Between the year 2000 and 2010, the population grew from 35,000 to 45,000; jobs rose from 4,000 to 10,000; the average wage grew almost 4 times; per capita income from $1,160.00 to $2,170.00; tax revenues for the state and number of vehicles multiplied per 3; among others. But one of the most interesting indicators is the number of companies, which went from 650 to 3,100, revealing an enormous creation of opportunities for people in various sectors of the economy.

Another interesting trend, observed particularly over the past 10 years, is the fact that agriculture, because of its upward strength, has become rather fashionable among young Brazilians, who continue to innovate and develop start-ups for the sector. Many youths who had gone to bigger cities to study are now returning to help their families with the modern management tools that are available to the sector, such as aerial monitoring, remote sensing, big data, and the localized application of products that allow for the management of productive areas no longer per hectare, but per square meter, resulting in greater efficiency and reduction of waste.

The benefits that food and agribusiness has brought to Brazil in the last 30 years are well known, reaching 50 percent of the country’s exports and generating about one-third of GDP, one-third of jobs and almost one-third of tax revenue, depending on which sectors were included in the definition of agribusiness.

If the prevailing mentality at the beginning of these 30 years was to promote development, it is remarkable how, toward the end of this period, the concept of sustainability has become paramount. Its evolution is also notorious, since at first it was associated with the environmental issue only, but with the arrival of the Triple Bottom Line model or PPP (people, planet and profit), there was a recognition of the importance of interaction and cooperation between different agents in these three dimensions. In line with this thinking, the UN set up the 2030 Agenda in 2015 as a plan of action for a more sustainable future. It consists of 17 Sustainable Development Goals, which call for bold transformative measures in order to achieve them, and agriculture has much to contribute in seeking to eradicate poverty, protect the planet and ensure peace and prosperity for the people.

More recently, the concept of ESG has emerged, a new set of environmental, social and governance scores, which give investment professionals, analysts and corporations an insight into company performance on these matters. We consider ESG to be an evolution of the 3P, two of them being virtually identical: the P in planet and environment, the P in people and the S in social. The evolution in terms of sophistication lies in the P in profit, which has evolved into a broader concept of G for governance, implying much more structural actions. Profit is indeed a result of good governance.

ESG reports have reached fever pitch in the food and agribusiness sector, and companies now disclose their activities with transparency within these criteria for the benefit of good governance, the environment and wider society, thus paving the way for possible investments. Such information helps mitigate risks, focusing on long-term results. The Brazilian Stock Exchange has issued the Carbon Efficient Index portfolio with funding in this direction. The results achieved in initial public offerings by companies in this sector are impressive, attracting many international investors within sophisticated ESG indicators. This creates a multi-billion-dollar opportunity.

In the environmental field, payment for environmental services is the law in Brazil, promoting sustainable development by means of remuneration for the asset being preserved. This payment can be made in different ways, such as payments in money, provision of services, compensation or through bonds. The so-called green bonds could earn Brazilian agriculture $135.9 billion in funding by 2030, according to a projection made by the Climate Bonds Initiative, a British NGO which certifies organizations to issue these bonds.

The signals on the part of the public sector, together with this private push towards sustainability, in these times of great transparency and engagement provided for by social media, further strengthen Brazil in its search for the role of sustainable global supplier of food, bioenergy (ethanol, biodiesel and bioelectricity) and other agricultural products (cotton, tobacco, timber and furniture, leather, paper and pulp, among others). Despite the ongoing rise of illegal deforestation in the Amazon, which is being combated and has a feasible solution, Brazil shows excellent indicators in the environmental area, often not recognized by the international community, namely:

a) being one of the countries with the largest number of protected areas, covered with natural vegetation (estimated at 66 percent of the country’s total area) and with one of the strictest forest codes on the planet;

b) being one of the countries with the lowest CO2 emissions per capita on the planet;

c) being one of the countries with the highest uptake of renewable energy in its energy matrix (estimated at 47 percent of the total, against 10 percent in OECD countries);

d) being the country with the highest proportion of biofuel use in its fuel matrix (close to 50 percent for automobiles and 15 percent for lorries and buses) and with one of the most modern decarbonization programs in place (Renovabio);

e) having an agriculture with one of the highest levels of innovation in terms of resource-saving technologies, such as bio-inputs (bio-pesticides, bio-fertilizers and biogas, among others), crop-livestock-forest integration, per-square-meter management of agricultural activities, regenerative agriculture, circular agriculture and resource-sharing agriculture, with great development of collective activity via cooperatives and associations.

The sustainability challenge facing Brazil for the next 30 years is huge, but feasible with the arrival of international investments. In order to keep the growth of supply in balance with the world’s growth of demand, Brazil will need to use, by 2030, an area about 15 to 20 million hectares larger than currently used (80 million hectares) for the production of grains and other crops (except livestock). The good news is that, as livestock production becomes more technically advanced and capable of producing more in a smaller area, these 20 million extra hectares can be captured from the 160 million hectares currently used for pasture. Even then, Brazil will be using less than 15 percent of its territory, just over 850 million hectares, for agriculture.

Incorporating those ESG principles into an already consolidated way of thinking about production chains was just the spur that was needed in the promotion of sustainable development. The challenge for Brazil is to keep moving forward at a fast pace and sustainably in the efficiency of its agribusiness in order to help supply the growing world population with increasingly urban habits and, with this productivity and efficiency, allow for greater control of the prices of the world’s main food commodities with the consequent reduction in world hunger.

In conclusion, society’s creativity will stand for the S in ESG. Where the growth of agribusiness and food production comes hand in hand with the generation of more inclusion, the creation of opportunities for people and social development, that is where new solutions will emerge, in our increasingly digital, home-office based, automated world. In the next three decades the main challenge will be putting people first.

Marcos Fava Neves is a professor of business at the University of São Paulo (USP) and Fundacao Getulio Vargas (FGV) in Brazil. 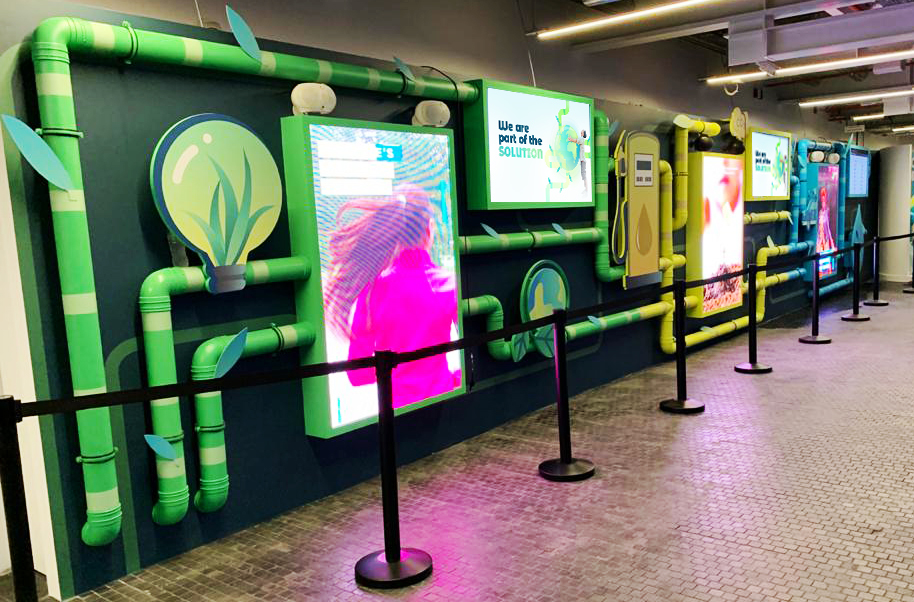 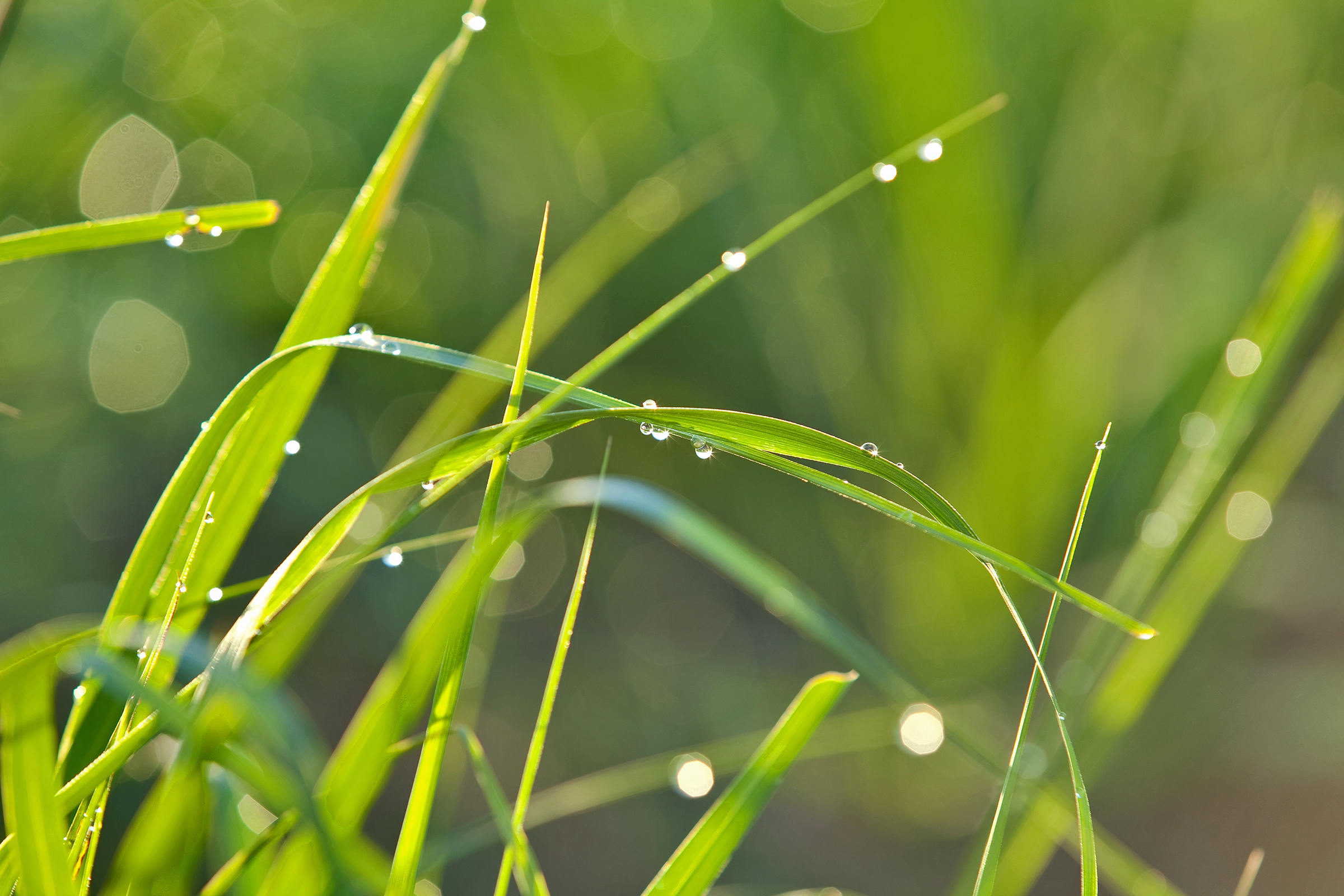 Sugarcane harvest for the first half of September 2021

Sugarcane.org · 11 hours ago
@SugarcaneOrg
We look forward to seeing the outcome of this year’s Bonsucro Inspire Awards. As the market with the highest volume of @Bonsucro certified #sugarcane mills, Brazilian producers have many innovative & sustainable initiatives to share with the broader sector. https://t.co/Ia1g86nWYt
View on Twitter
Bonsucro@Bonsucro
🏆The Bonsucro Inspire Awards celebrate the exceptional efforts made by our members to accelerate the #sustainable production and use of #sugarcane. Does this sound like the work of your organisation? Read the full details and apply https://t.co/WDJn2evWsF https://t.co/JMswStm0zZ
1
2