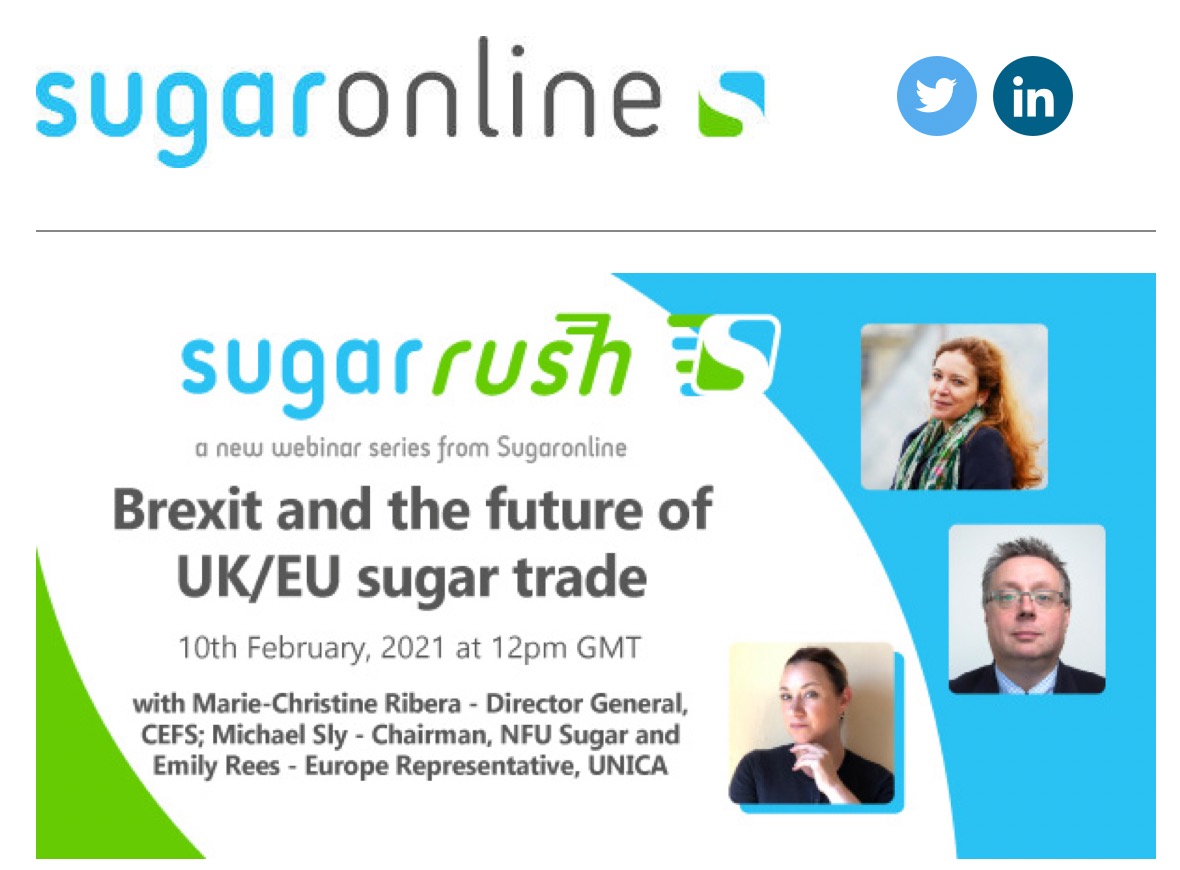 Debate: Brexit and the future of UK/EU sugar trade

On 10 February, Emily Rees participated in an online ‘Sugar Rush’ debate on ‘Brexit and the future of UK/EU sugar trade’ alongside Marie-Christine Ribera of CEFS, the European Association of Sugar Manufacturers, and Michael Sly of the British National Farmers’ Union.

UNICA defended the opening of the United Kingdom’s autonomous quota for raw cane sugar  for refining as well as Brazilian production sustainability standards, including why Renovabio acts as a stabilizer for sugar markets. The event was attended by over 80 participants with interest on the effects of Brexit on global sugar markets.