Extreme temperatures linked to climate change have been one of the causes of enormous forest fires, floods and droughts. Nobody and nowhere is safe from the effects of the drastic and accelerated transformation of the planet. Scenes only imaginable in movies are now being seen in the news on TV and in social media. Around the globe, calls for help are heard. These extreme weather conditions, combined with the coronavirus crisis, have shown the need to change our consumption habits, including the way we travel around and eat.

In order to overcome global warming and climate change challenges, over the years Brazil has created one of the cleanest energy matrices in the world and has developed a very comprehensive environmental legislation, making sure that the largest biodiversity of the globe remains safe and alive for future generations.

In 2016 Brazil released RenovaBio, a program that promotes the decarbonization of the transport matrix by replacing fossil fuels with sustainable biofuels to achieve Brazil’s Nationally Determined Contributions (NDCs) under the Paris Agreement.

Brazil pledged to reduce its greenhouse gas (GHG) emissions by 43% (from 2005 levels) by 2030. Achieving that goal will require expanding the share of sustainable biofuels in the Brazilian energy mix to approximately 18% by 2030. This can be done by promoting biofuel consumption, escalating ethanol supply – in particular sugarcane ethanol – including second generation biofuels and increasing the amount of biodiesel in the diesel mix. All this without cutting down a single tree.

Guided by annual goals, RenovaBio is expected to avoid more than 600 million tons of CO2eq emissions in the atmosphere over the next 10 years, by fomenting the consumption of biofuels instead of fossil fuels. The program has a fundamental component: decarbonization credits (CBIOs). These credits are generated based on an life-cycle efficiency rating given to each individual producer and importer, which reflects the biofuel GHG reduction when compared to the fossil alternative (in CO2 equivalent). Therefore, the more sustainable and efficient a production is, the more CBIOs will be issued.

Currently 223 ethanol mills have approval to commercialize CBIOs. In 2020, the year when the program was official implemented, more than 14.5 million CBIOs were traded. This represents 97.6% of the decarbonization targets for 2019 and 2020, reflecting RenovaBio’s success.

To join the program, mills must audit their production process. The audit will inspect the origin of the biomass, which cannot come from deforested area. Therefore, RenovaBio does not only help reduce CO2 emissions, it also enforces producers to commit to zero deforestation, going beyond Brazilian environmental law – the Forest Code.

And what about the Amazon rainforest? Around 90% of the sugarcane production takes place Brazil’s Center-South region, with the remainder growing along the Northeast coast. Both regions are located over 2,000 kilometres away from the Amazon rainforest, approximately the same distance between London and Cairo.

As individuals, we have all long known that fossil fuels are one of the major causes of atmospheric pollution. However, what have we done about it? And, more importantly, what can we do about it now? The use of sustainable biofuels, such as Brazilian sugarcane ethanol produced from a renewable source, is an immediate solution to many of our current issues.

It is time to act, they say, it is time to innovate. We must make production processes more efficient. The clock is ticking and the time is now. What are you doing for the environment and future generations? If you believe renewables are key to decarbonization, support CBIOs! 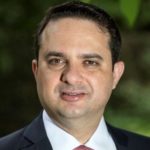 EVANDRO GUSSI is the President and CEO of the Brazilian Sugarcane Industry Association – UNICA. He is S. J. D., Law, from the University of São Paulo Law School (2009) and received a Master’s degree in Law from the Law School of Federal University of Rio Grande do Sul (2005). Before Unica, Gussi was a Brazilian Congressman. Among other achievements in the Congress, he was the author of the “RENOVABIO” act, a key landmark for the biofuels sector in Brazil.