Sugarcane and plastics: what does the future hold?

I’m often asked to peer into a crystal ball and predict the future for biobased plastics. Having worked in the industry for over 10 years and seen it grow significantly over that time, it would be easy to claim the trend is ever-upward. In reality, it’s not that easy, because the success of these materials depends on a number of variables.

A sector that commands a mere 1% market share cannot claim to have realized its full potential yet. This is the next challenge, the often slow journey from minor player to established brand.

A sense of urgency

The thing is, when it comes to biobased plastics, we cannot afford to go slowly. The wider plastics industry is undergoing a frantic and necessary transition, from linear to circular. The investment in sustainable sourcing, the design, logistics and technology needed to create truly recyclable plastic products is vast.

It’s worth stopping here and dealing with the elephant in the room: should we be supporting plastics at all, let alone those that are biobased? It’s a legitimate question given the challenges waste plastics are causing around the world, particularly in developing countries.

In my opinion, whilst leakage of plastics into the environment is absolutely unacceptable, and caused by a variety of factors, the benefits of the material are immeasurable. We do not live in an ideal world, and there are not many places where the production, use and disposal of plastics are fully circular yet, but this is what we should be striving for.

Furthermore, many say: why do we need biobased plastics when we are creating recycled plastics? This betrays a lack of understanding not only of the way consumer goods brands think about plastics but also of the way the feedstock matrix may look in 10-20 years time. There will always be a need for virgin quality plastic resin since no system is 100% efficient and the market will continue growing in a world heading to a bigger and hopefully wealthier population.  Whilst many see chemical recycling as the silver bullet to producing high quality recyclates, the industrial-scale rollout of this technology is still some time away. Furthermore, it may not be the most efficient or sustainable way to deal with every type of plastic waste.

The only conclusion is: we need biobased feedstock, especially if we are to decarbonize an industry that relies heavily on fossil resources.

The question of how to decouple from fossil and increase our reliance on renewables is a process best summarised by one word: sustainability. How can we ensure the transition is positive for people and planet, or indeed, how can we eliminate any potential negative consequences? When it comes to expanding the use of biomass for industrial and energetic processes, the central question has always been: how will it affect our use of land.

In the case of sugarcane and bioethanol, considering that Brazil is targeting a yearly production of 54 billion liters in 2030, as one of its commitments to the Paris Agreement, if only 10% of this ethanol would be diverted to biobased PE production, this would allow for the replacement of 2,2MMt of fossil plastics. According to LCA data from Braskem, this would avoid the emission of 10,89MMt of CO2. For the same amount of ethanol, the avoided emissions when replacing gasoline would be approximately 8,5MMt.

If you consider that the mobility sector will move towards electrification, it’s common sense to imagine that sugarcane bioethanol will find its way to the production of biobased plastics, so this resource efficient feedstock can continue playing an important role in fighting climate change.

Some see the growth potential of the biobased plastic industry as an aspiration in order to facilitate a sustainable transition. The Dutch Government has recently set itself an indicative goal that 15% of the plastics used in the country be sourced from biomass by 2030 – a volume of roughly 350Kt. That’s 20% of the above 2,2MMt. An expert group set up to examine how this could be achieved concluded that this would largely rely on two main materials: bio-PE and bio-PET.

Current trends would lead me to believe that this is ambitious, especially if no additional support or incentivizing measures are put in place. In effect, that is the whole point. The growth of the biobased plastics industry requires a re-balancing of policy priorities, just as much as it requires expansion of sourcing and production infrastructure.

Whilst the Dutch Government may be outliers, they are certainly not the only ones considering this type of commitment. The Japanese have strongly backed renewable content in plastics, and developed and passed a law that encourages the use of biobased feedstock, driving a strong surge in biobased packaging, for example. The policy makes sense when linked to a strong emphasis on energy recovery from waste plastics, for example: hard to recycle lightweight packaging.

What are some other ways in which biobased plastic production and use could be incentivized to reach the 15% market share?

At the EU level, many are pointing to the need for minimum sustainability criteria on GHG-saving and some exemptions for these materials from the so-called EU Plastic Levy. Beyond that, expansion at this scale requires both market push and pull measures: setting some mandatory bio-based content for specific products; clear guidelines on how to modulate EPR fees for products that contain biobased material; and, establishing a link with product requirements or Ecodesign to promote biobased content and decouple from fossil feedstock. The use, mandatory or otherwise, of an Eco label will also be on the agenda, as will the inclusion of these materials within Green Public Procurement guidelines. Lastly, the Plastic Pact may also be a good place to begin this discussion, as it has so far not really addressed biobased sourcing in a really meaningful way.

In order to promote future growth in the use of renewable sourcing that is both responsible and viable, the European Commission is taking the sensible approach to create a policy framework for biobased plastics, under the EU’s Circular Economy Package. In order to more accurately gauge the sustainability of these materials, a set of criteria must be developed in order to assure customers and citizens that any trade-offs are manageable and that risk factors are reduced.

Should some or all of these actions addressing the European market for biobased plastics be realised, it would be possible to see a 5-10 fold increase in the uptake of these materials by 2030.

It looks like 2021 will be a key year in the long-term development of bio-feedstock in Europe. Policymakers have an opportunity to push an ambitious and responsible agenda for these materials, providing legal certainty for the many pioneering businesses developing these materials.

What is harder to stomach is the European Commission’s efforts to re-balance the life cycle approach of plastics in favour of fossil materials. Yes, you read this correctly.

In 2018, the Joint Research Centre (JRC), the European Commission’s science and knowledge service, began work on a Technical Report on the Life Cycle Assessment of Alternative Feedstock for Polymer Production. The study, which has yet to be finalized, published a preliminary report which was deeply concerning to many in the LCA community.

These concerns are centred around the methodology and standards used to calculate the impact of biobased plastics in comparison with their fossil counterparts. An initial reading suggests that the report undermines the ability of biobased products to factor in (and benefit from) carbon sequestration. The JRC Report in effect rules out the possibility of many biobased products from having a reduced carbon footprint.

In my view the JRC have interpreted the methodology too narrowly in order to stay aligned with the P.E.F. approach. While the issue is indeed complex, and footprint calculations are always evolving, the Technical Report may end up jeopardizing the hard-won credibility of biobased feedstock once and for all. If biobased products, that have often traded on their ability to reduce or offset emissions, can no longer be marketed as offering a reduced carbon footprint, many will question the point of producing them at all.

And here is the inherent danger in all this. The biobased plastic sector and value chain is fragile. It relies on a much higher standard of trust than conventional plastics. The environmental validation of such materials is far more painstaking because the sustainability claim is central to the offering. If this breaks down the confidence between producer and brand owner, and brand owner and consumer, will be lost.

A world without biochemistry, bio-refining and biobased products is less equipped to deal with climate change. It’s as simple as that. Ensuring a science-based approach is necessary, so that we can move forward sustainably. The challenge is to provide a framework for how to gauge whether biobased plastics do indeed provide genuine benefits that are both fair and progressive.

As we have seen, the European Union, which is pushing ahead with the most advanced environmental agenda in the world, has great influence on this topic. Member States are by-and-large supportive of an increased role for the so-called Bioeconomy, with its dual role of providing high quality biomass and acting as the lungs of the continent. Industry also has an interest in boosting the use of renewables in its own feedstock matrix.

The world is watching. As the EU lays down a legal framework for the circular economy, based on harmonized definitions, standards, targets and incentives, other countries are keen to study the impact and perhaps even copy the approach. Many initial experts thought that this was a concept that the market might develop of its own accord, with benefits to both the environment and the bottom line. But nearly a decade after the publication of the seminal work on the subject, it became clear that legislators needed to get involved.

The same must now happen with biobased plastics. 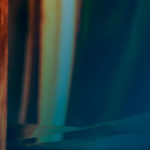 Marco holds a degree in economics and after working at Air Products from 1996 until 2007 where he held different positions in the commercial and supply chain positions he joined Arkema where he was responsible for the sales of organic peroxides as well as marketing of the fine chemicals division. In 2010 Marco joined Braskem in Rotterdam initially responsible for marketing the polyethylene and polypropylene resins imported from Brazil. In 2012 he became the Commercial Manager for the renewable chemicals division in Europe and since 2013 Marco was heading the renewable chemicals division in Europe and North America, driving the growth of the biobased polyethylene business. Marco is also one of the founding board members of Holland Bioplastics and was in the board until December 2018. In April 2019 Marco assumed the position of Business Director Circular Economy Europe and since October Marco expanded his responsibilities and is now the Director of Circular Economy & Sustainability in Europe and Asia and Global Director of Biopolymers at Braskem.